Since August this year, the global situation of shortage of containers, explosion of containers, dumping of containers, port jumps, and frantically rising freight rates has continued. It has not been effectively alleviated since 2021. The freight forwarders reminded the shippers to book the counters in advance, complaining endlessly...

The global epidemic situation is still extremely severe, which has had an impact on ports and shipping operations, resulting in large-scale port congestion. Due to the increase in operating costs, shipping companies have begun to impose various surcharges on cargo owners in addition to rising freight rates. 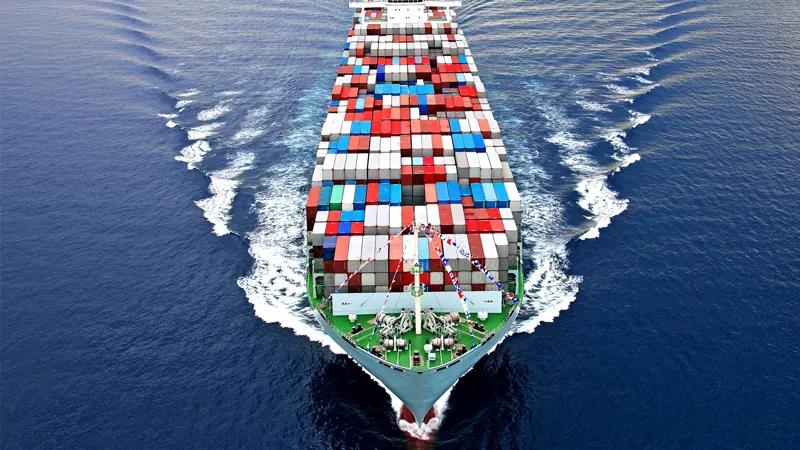 In recent months, the "historical record" of container freight rates has become the norm. On some routes, the upward trend of freight rates has not abated at all. Following the sudden loss of control on the 28th at the end of last month, the U.S. line freight rate soared by nearly 10% compared with the previous day! The European-Mediterranean route and South American route also usher in soaring freight rates! !

According to the latest data from the Shanghai Shipping Exchange, China's export container shipping market is generally operating at a high level. The freight rates of most routes in Europe, the Mediterranean, Africa, and South America have increased significantly. Friends who want to ship, make a shipping plan as soon as possible! 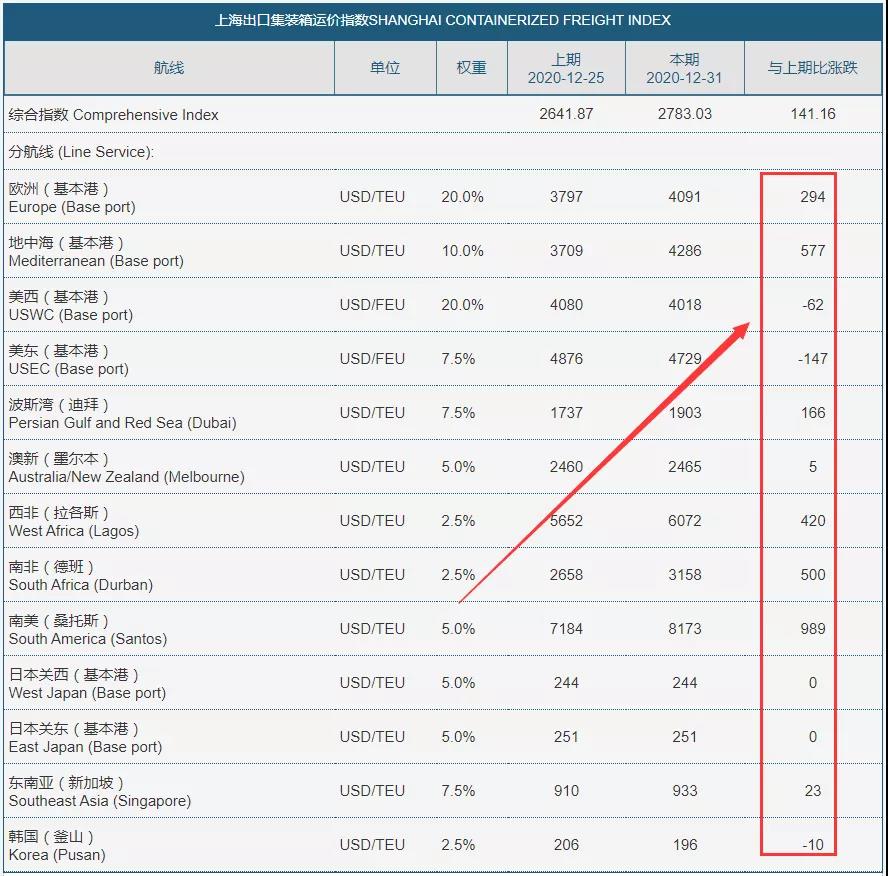 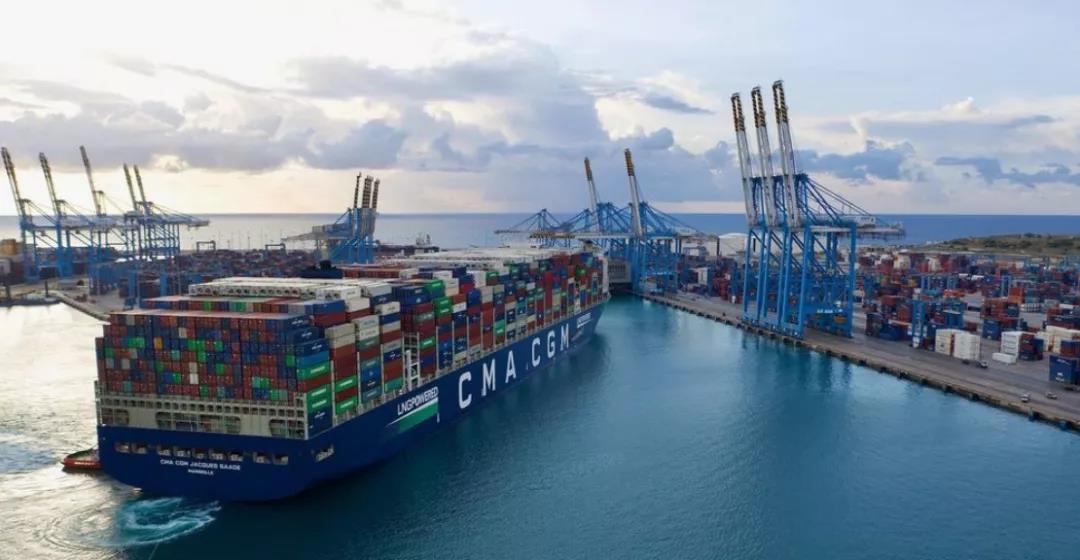 Starting from January 1, shipping companies will levy a new round of surcharges

With the shortage of containers and soaring freight rates, major shipping companies have charged surcharges.

Following the increase in surcharges in mid-December, some shipping companies began implementing general rate increases (GRI) from January 1. On January 1, CMA CGM, COSCO (only applicable to service contracts), Evergreen, HMM, ONE, Yang Ming and ZIM announced Asian American GRIs of USD 1,000 per FEU; in addition, Hapag-Lloyd listed on January 1. The price of each FEU GRI released is US$1,500, including the previously delayed GRI. 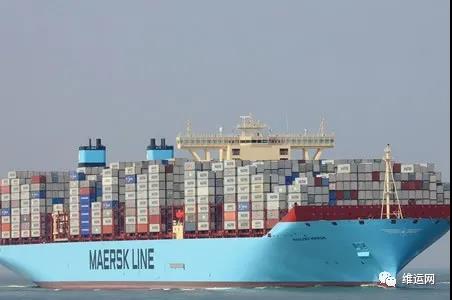 Hapag-Lloyd will increase the new freight rates from Asia to Europe and the Mediterranean from January 1, 2021. Hapag-Lloyd also announced that it will charge GRI for all dry containers from East Asia to the United States and Canada from February 1, 2021.

Maersk issued an announcement stating that starting from January 1, 2021, 40-foot reefer containers from Mainland China, Hong Kong, Macau and Mongolia to the Nordic region will be charged a peak season surcharge of US$2,000 per box.

In addition, many carriers such as CMA CGM, COSCO, Evergreen, HMM, ONE, OOCL, YangMing, etc., serving the East Asia/U.S. trade routes have adjusted their fuel surcharges, effective from January 1 to March 31, 2021 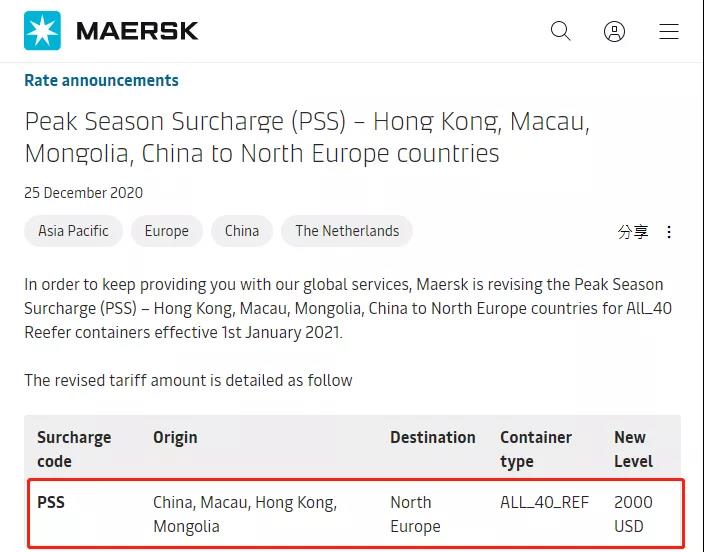 In recent months, the full order has also led to the continuous increase in prices. The lack of boxes and high freight rates have been making domestic freight forwarders and shippers complain. 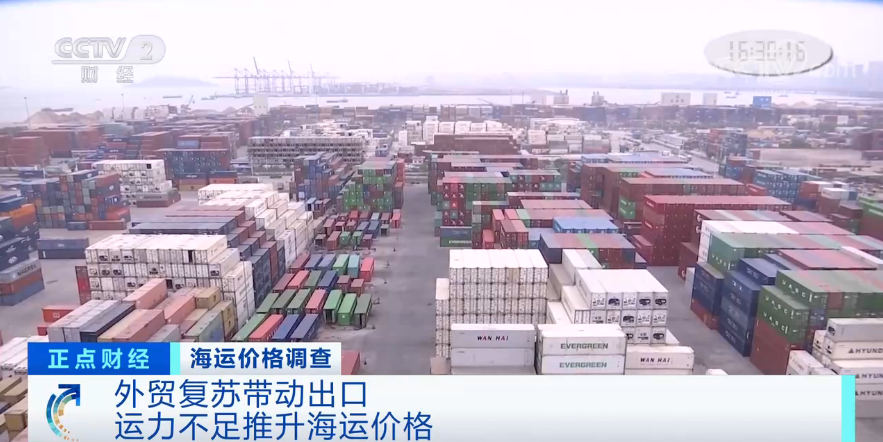 I would like to remind you once again that the shippers and freight forwarders who have planned shipments in the near future should communicate well with shipping companies and customers, and make sure to make an early decision to arrange bookings in advance to avoid affecting shipments!